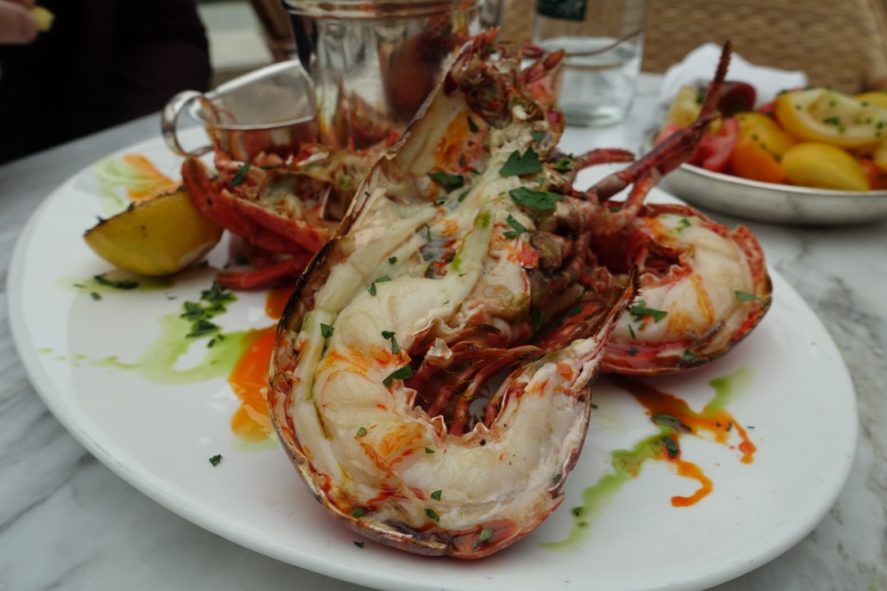 The Ned is the spawn of Soho House & Co and New York’s Sydell Group, it’s a collaboration that went big and didn’t go home! Founder of Soho House & Co, Nick Jones first clapped eyes on City’s derelict Midland Bank building in 2012, and was smitten. I lifted this from their site: ‘The property had been empty for nearly eight years but there was something about it – the details and scale of it – that just floored me.’ After a gander, he called up his mate Ron Burkle, the Soho House chairman and investor. ‘Ron came to view the building and straight away we began to imagine how the project would take form,’ says Jones. Ron then summoned the help of Andrew Zobler, the CEO of New York’s Sydell Group. It made sense to form a partnership for a project of this magnitude apparently. Speaking of which, there are nine restaurants, 252 bedrooms, a club, rooftop pool, various gyms, a spa, a hamam (Turkish bath), and a really roomy late night bar. This is why it’s in the mammoth, yet iconic former Midland Bank building – designed by Sir Edwin ‘Ned’ Lutyens in 1924. The former vault has a twenty tonne door and 3,000 stainless steel deposit boxes that gleam in the dimly lit setting. There is something very “007” about it, so ordering a shaken martini might be the order of the day as inside the huge vault there is a cocktail bar with design cues from Fort Knox in the 1964 Bond film Goldfinger. Inside it just drips 1920/1930’s, with lavish ceilings that reach the sky, deluxe chestnut wood panelling and Art Deco furnishings. What you might find useful, if you’re a non-member like me is that you’ll have seven places to eat and play, The Penny; a mix of British and American classics at Millie’s Lounge, Cecconi’s City of London (sister to the Mayfair site) serving up Italian dishes; a New York style Jewish deli in the form of Zobler’s; the American café; The Grill Room, a British hotel grill and finally you have Café Sou London, a Parisian style café.

From the snacks we order the oval shaped salami pizzetta, which came with pinocchiona salami, mozzarella and tomato on top of a nice satisfying doughy base.

Glugged some decent vino called the Old Nag £34 as you do.

The also know how to grill squid too as it came pillowy soft with edges of caramelisation. With it came the fiery funk of kimchi mayo and baby kale. Yours for £9.

Padron peppers £5 are cooked until they’re soft and crinkled, came with a pool of pleasing sesame and honey sauce. I’ve not had them like this before, but the dish is reminiscent of good quality szechuan style sweet and sour sauce – I mean this in the very best possible way.

“Charred baby octopus” £10 was more akin to an adult octopus’s leg chopped up, grilled until the edges catch and darken. They’re meaty, soft and beautiful. With it comes a pool of bacon mayo, vivid orange hot oil and rustically cut pickled shiitakes.

With the mains we hydrate with a primotivo Visconti £29.

There were two orders of native lobster £36 with gnarly looking chips that came in all sorts of lengths and sizes, almost as if the chef thought uniform cutting of spuds is forbidden in his kitchen. A dusting of herbs, a sheen of oils and old bay butter featured all over the cross-sectioned meaty crustacean, that was soft and sweet. The chef has got his technique nailed on this one.

Equally tasty was the West Country rack of lamb £26 that had the best pink centre. They were double chops so within the browned exterior, the flesh stayed perfectly moist. Roasted tropea onions it came with were dark and sweet and it was pushed-up with perky chimichurri.

We wrapped things up with a limoncello £6.5 before heading downstairs to the vault for pudding.

The white lady’s £10.50 went down well, the bartender seemed to get out of the right side of the bed that day.

But I came for the profiteroles £8 which were crisp shelled and filled with vanilla cream. For the spectator magic, they pour dark melted chocolate all over them. They tasted like a moment that quickly turned into a fond memory.

When did I go? Aug 2017
The damage: Expect to pay £70/100 per head with booze
The good: Grandiose settings aside, what you probably want to know if the cooking is good, well from my perspective it is. Everything tasted like it was cooked by someone who gives a damn. The pig action, crustaceans and lamb were all impeccable as were the starters. Expect some good food action here.
The bad: Expect a hefty bill.
Rating: 4/5
Would I go again? Yeah why not
Address: 27 Poultry, London EC2R 8AJ
Web: https://www.thened.com