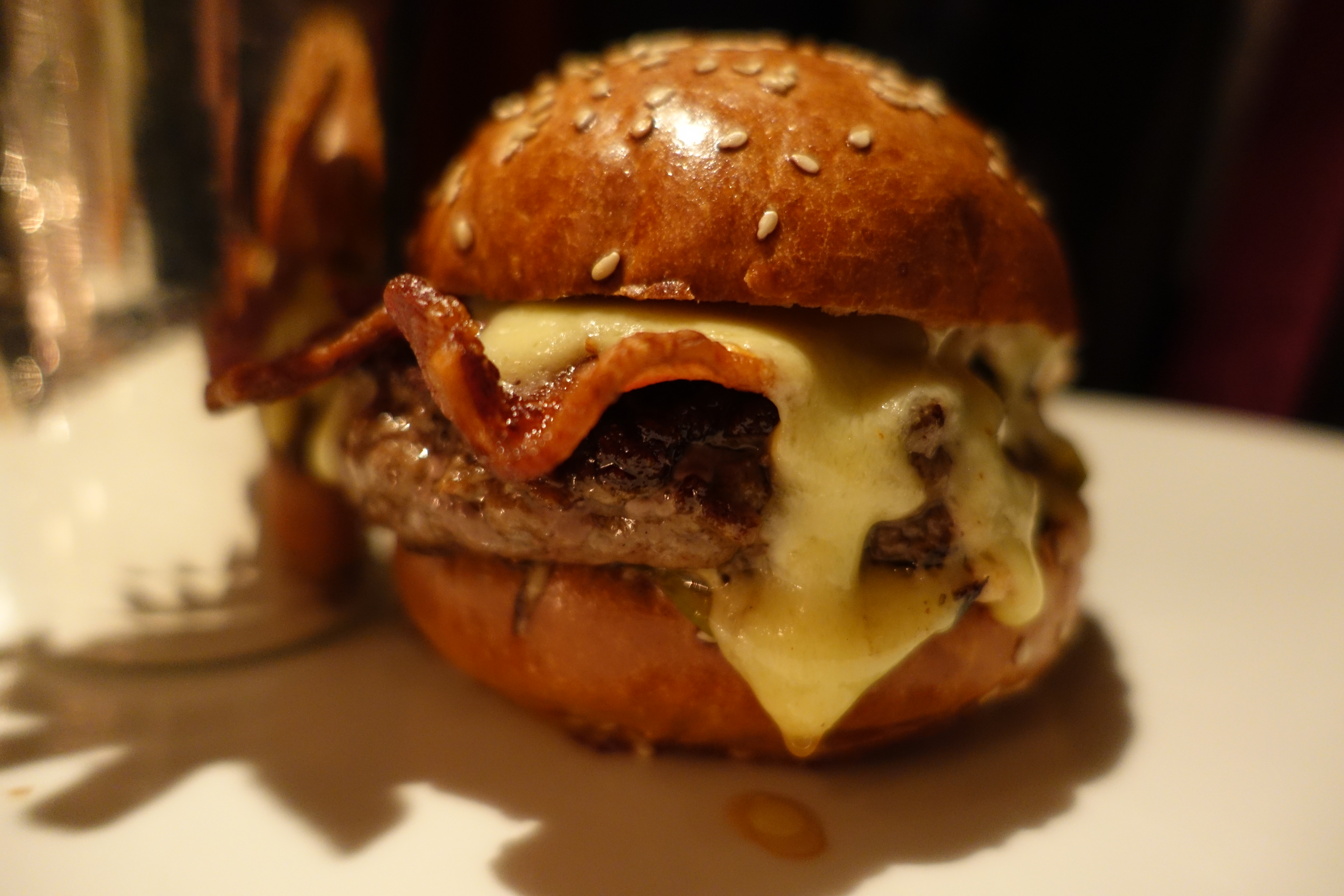 In 2013 Jason Atherton was an extremely busy man opening two new ventures – the Little Social on March the 18th and also Social Eating House  which opened on the same date the following month. (My review can be seen here). Little social is exactly what you want from a French style bistro, red leather banquets, period framed posters, lots of dark wood and a cocktail bar to boot. Head Chef Cary Docherty from British Columbia has been in London for over 10 years now and made his name in Gordon Ramsey’s Maze as Senior Chef de Partie, this is where he met with Jason Atherton. He had stints in Zuma (2007) and was Junior sous Chef under Clare Smyth at the 3 Michelin-starred Gordon Ramsey, so he knows his way around the kitchen! Southern Ginger £12.50. Diplomatico Reserva Exclusiva rum, Grand Marnier, lime, elderflower & ginger beer. This drink intrigued me as a love Diplomatico and ginger beer but it was way too sweet for my tastes, it’s a palate thing I guess and it just clashed with mine. But they were kind enough to chalk this one off the bill. First impressions are crucial – it always starts with the bread and it’s good with the house butter (with sea salt), olive oil and balsamic. We doubled up on the brown salvador bread and white French baguette as they were so good. Chinon Cuvée Terrois £45. (Charles Joguet). It tasted young and refreshing, a good choice with all the rich food. Raw hand dived Isle of Mull scallops, dashi jelly, apple, shiso wasabi & avocado purée £15.50. This is a skilled piece of cooking which kept the sweet integrity of the scallop – perhaps a little high end for a bistro? I’m not complaining! Aged Scottish beef burger, bacon & cheese, caramelised onions, pickles cheese £17. I can imagine this burger featuring in many a burger debate as it’s a benchmark of how burgers should be – in my eyes anyway. It’s cooked to a mid-rare like how it should be using the flank & neck of the animal. The craggy caramelisation on the patty provided the platform for a smothering of sweet onions, melted cheese and salt cured bacon. It’s an accomplished burger as were the fries. Braised ox cheeks, roasted bone marrow, sour dough crumb, carrot, horse radish mash £27.50. This is ox cheek marinated for 24 hours with port, then cooked with butter, seat salt, a pinch of curry powder, onion and peppercorns. It changes the game with its deep umami flavour, unctuousness and lip-smacking richness. Comfort food personified is what it was. That carrot was so tender and sweet too. Hand rolled pistachio chocolate truffles and petit canelés £4.50. They looked and tasted stunning. I particularly adore the canelés as they encapsulated everything you want in a pastry – sweet, crispy, with a caramelised shell, with a soft custardy centre. Macallan Rare Cask – we managed to pinch a little drop and it was wonderfully oaky and prominent in vanilla. At £45 a go though we dodged it and opted for the Nikka from the Barrel £11. When did I go? March 2016
The damage: Expect to pay £70-£85 per head with drinks.
The good: Atherton hits the high notes with his homage to the Parisian bistro. The ox cheek was a flavour riot with the roasted bone marrow it came with. That to-die-for scoop mustard mash was immense too. The burger was compelling, but not as memorable. The canelé were impeccable too. I love the booths in the venue and our waitress ‘Anais’ was warm, charming and very knowledgeable about all the ingredients.
The bad: Shouldn’t a bistro be more fairly priced?
Rating: 4/5
www.littlesocial.co.uk/
Address: 5 Pollen Street, Mayfair, London W1S 1NE Tel: 020 7870 3730.
Closest tube: Oxford Circus/Piccadilly