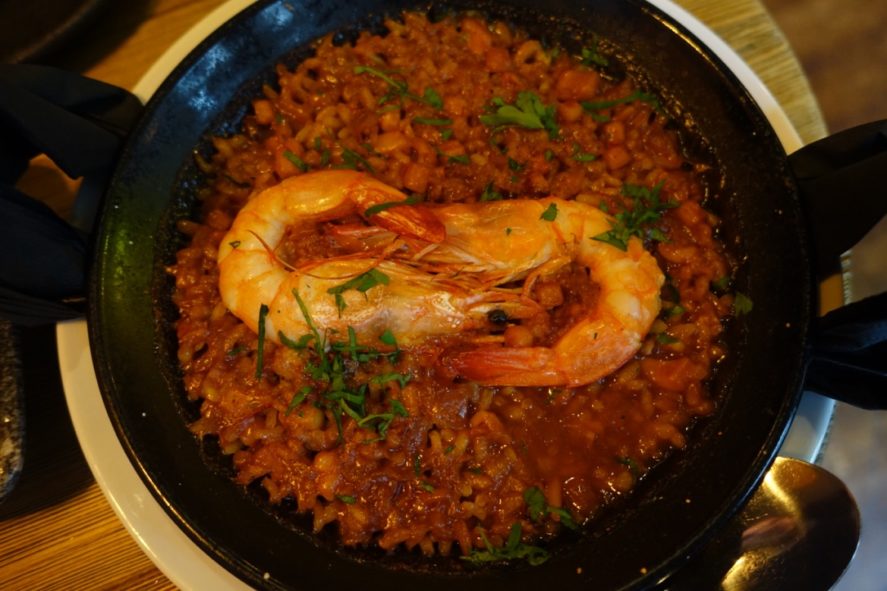 Lobos Soho is the brainchild of Roberto Castro, the same fella behind Tapas Brindisa, in November 2016, he brings the second Lobos venture following the success of their Borough Market site to Soho. It’s a meat lovers playground; what you get is charcuterie, jamon, chorizo and other delectable acorn-fed piggy parts such as Secreto Iberica – that succulent piece hidden within the shoulder of the swine. Saving the best news for last, Lobos Soho (unlike their sister restaurant) will take reservations. It’s big hearted fare that seems to go down well with the crowds as it always seems busy when I walk past. I came during a mild December afternoon.

All the good are on display like how all menus should be.

Only a local brew will do.

Duck croquettes £3 was crisp in a way that the sound reverberates through your jaws and dampens out other noise, the duck, probably confit’d until its dense flesh was falling apart. These are all good things, but it needed a bigger gesture of seasoning to really make an impact.

The zorza £8 was something you’d probably want late at night, inebriated. What you got were hunks of marinated pork, deep fried until the fat is rendered out and the edges are all craggy. It comes with an egg, fried until it’s edges are crinkly but still sunny side up.

A slightly unnerving looking octopus tentacle £18.50 is tenderised, then its edges are caramelised as are the sweet potato discs and crispy chorizo bits it comes with. It’s a combination that runs like clockwork.

The pork cheek slider £5.50 came with anchovy mayo and pickled cabbage. By notion it’s brilliant, but I found it all imbalanced. The bun itself was bone dry and weirdly the pork was a bit parched too. The mayo, although it mentions anchovy which should glaze your tongue with its salinity was taken by Houdini.

Paella £12.50 came in a mini pan with diced squid cooked into the arborio, only the sprinkling of green herbs breaks up the red. It’s crested with two sweet prawns too like 2 peas in a pod. Surprising, the dish lacked any sort of compelling flavour.

When did I go? Dec 2016
The damage: Expect to pay £40 per head with booze
The good: It’s a nice little space with some satisfying dishes such as the octopus and pardon peppers. Our maître’d was the type of man you’d want at your party – he was full of good energy.
The bad: Given the choice in Soho, Lobos can be easily overlooked especially with some of the hit and misses I experienced.
Rating: 3/5
Would I go again? Not happened yet
Address: 48 Frith St, Soho, London W1D 4SF
Web: hhttp://lobostapas.co.uk/soho/