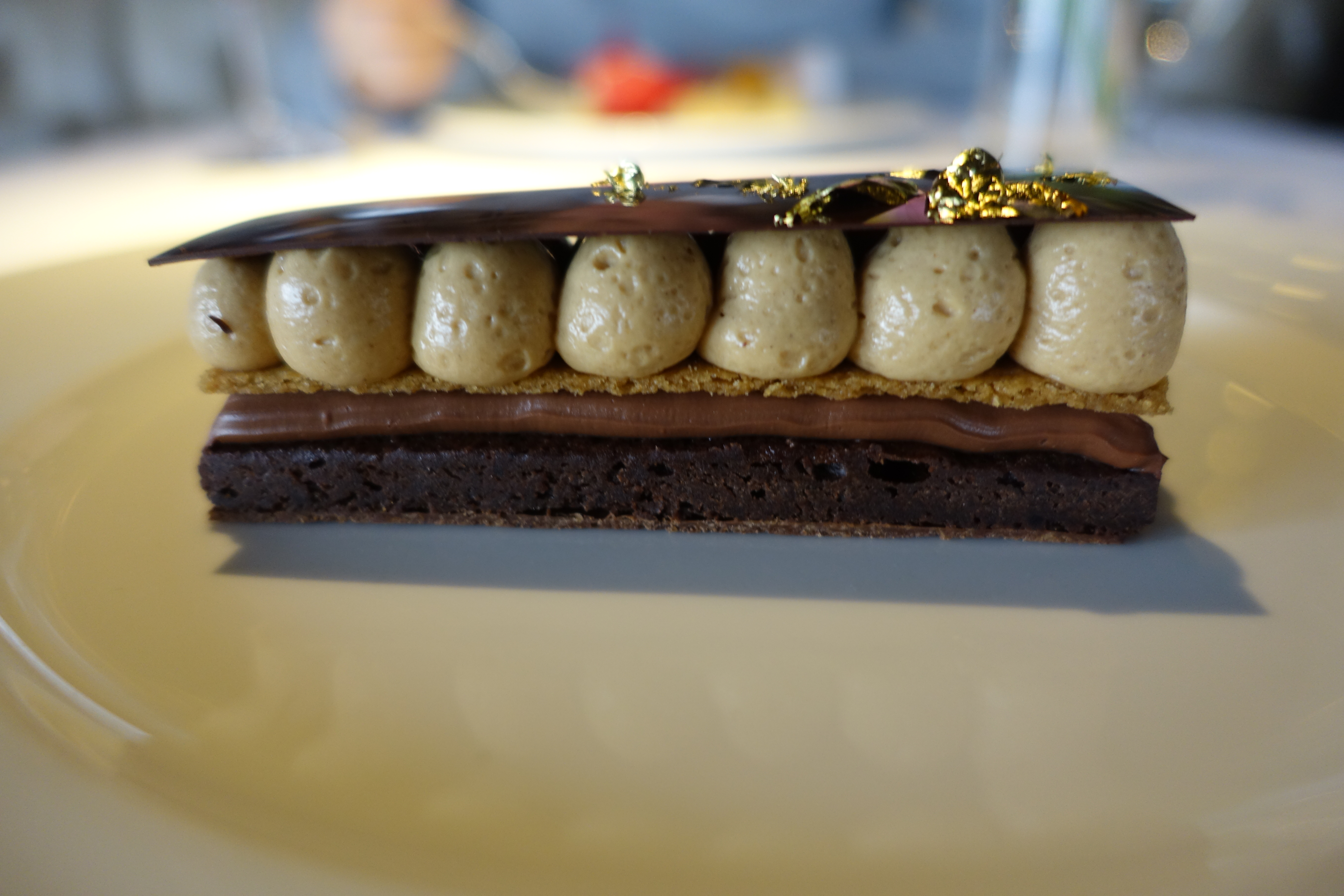 Jason Atherton’s bow has many strings – a big one includes City Social which opened on the 1st of May 2014, taking over the now defunct Rhodes Twenty Four – that’s Gary Rhodes’s restaurant that occupied the same space from 2003-2014 and was awarded a Michelin Star in 2008. In the same vein, City Social was awarded a Michelin Star but did it within a year of trading. It’s located on the 24th floor in Tower 42, which means you’ll iconic views overlooking the City, so inbetween hunkering down inhaling food, you can sneak a peak of the Gherkin, The Shard and various other glamorous landmarks. Atherton, the Lincolnshire lad who lived in a caravan in Skegness has done good I’d say. The kitchen is run by Head Chef Paul Walsh, a former chef at the Savoy Hotel in 2000 and carried on stinting at the Savoy Grill after their £220 million refurbishment. With its elegant art-deco look & feel it’s perfect for wooing clients, or to have celebratory occasion, or even if you’re feeling flush. The menu is smart and easy to follow – first impressions count and the bread also creates a good one. The house red, a french number at £9.5 per a glass was a lovely drop. Pig’s trotter & ham hock with crispy Lancashire black pudding, apple and Madeira £13. Here a slow braise of trotter was concealed in a crispy panko jacket, it comes with a cylinder of crisp black pudding full of deep aromatics. Apple gel edged things together with a sauce that was dark and full of sheen that gave lip puckering savoury stickiness. The whole business made my heart thump, it’s a very, very clever take on a classic pork and apple marriage. I could have eaten this dish three times over! Tidenham duck breast slow cooked, am arena cherry, pistachio yogurt, five spice, dried vinegar £15. A lovely looking plate but sadly I didn’t get to try it, my fellow diner confirmed it was a tasty dish nonetheless. Braised Irish short rib, celery, watercress and red wine sauce £36. What stood out here was the intense dark glaze that tasted of deeply savoury slow reduction, Textural elements were nailed with the crispy onions and crumbs. You can tell the rib had a lot of technique put into it from its fork tenderness and those piped celery & watercress buttons look pretty don’t you think? A very well executed plate of food that stopped the clock. Fillet steak from the grill £38 cooked mid-rare with deep purple and ruby coloured lettuce. Those triple cooked chips which I first tried in Berners Tavern were also on point. Hazelnut plaisir sucré, chocolate syrup, milk ice cream £9.5. Outside we’re surrounded by architectural exemplars, this is an edible example of an architectural exemplar. A thin sheet of expertly crafted chocolate with flecks of gold leaf was the roof to blobs of creamy piped hazelnut that tasted intensely of itself. When you work your way down, layers of crispy pastry shatter, more chocolate appears and a sticky almond chocolate base is deft work. If you like chocolate pudding, then now is a time to be seething with jealousy. I heard mix reviews of the City Social but after eating this dessert I made up my own mind and was smitten. It was a game changer and should feature in anyone’s death row desert list! Clementine parfait, almond cake, cranberry and almond milk ice cream £9.50. Another one I didn’t try but I will enjoy vicariously by witnessing a very clean plate left by my fellow diner! When did I go? March 2016
The damage: Expect to pay £90-£100 per head for 3 courses dishes and a bottle of nice swill.
The good: What you get is accomplished consummate cookery, iconic views and very, very plush surroundings – Jason Atherton does it again. My favourites were the pig’s trotter dish, the on song short rib and the hazelnut plaisir sucré, basically everything I had – dishes that deserve some serious adulation and that should never leave the menu.
The bad: Not a lot!
Rating: 4.5/5
Tower 42, Old Broad St, London EC2N 1HQ
http://www.citysocial.com
02078777703
Closest tube: Bank/Liverpool St