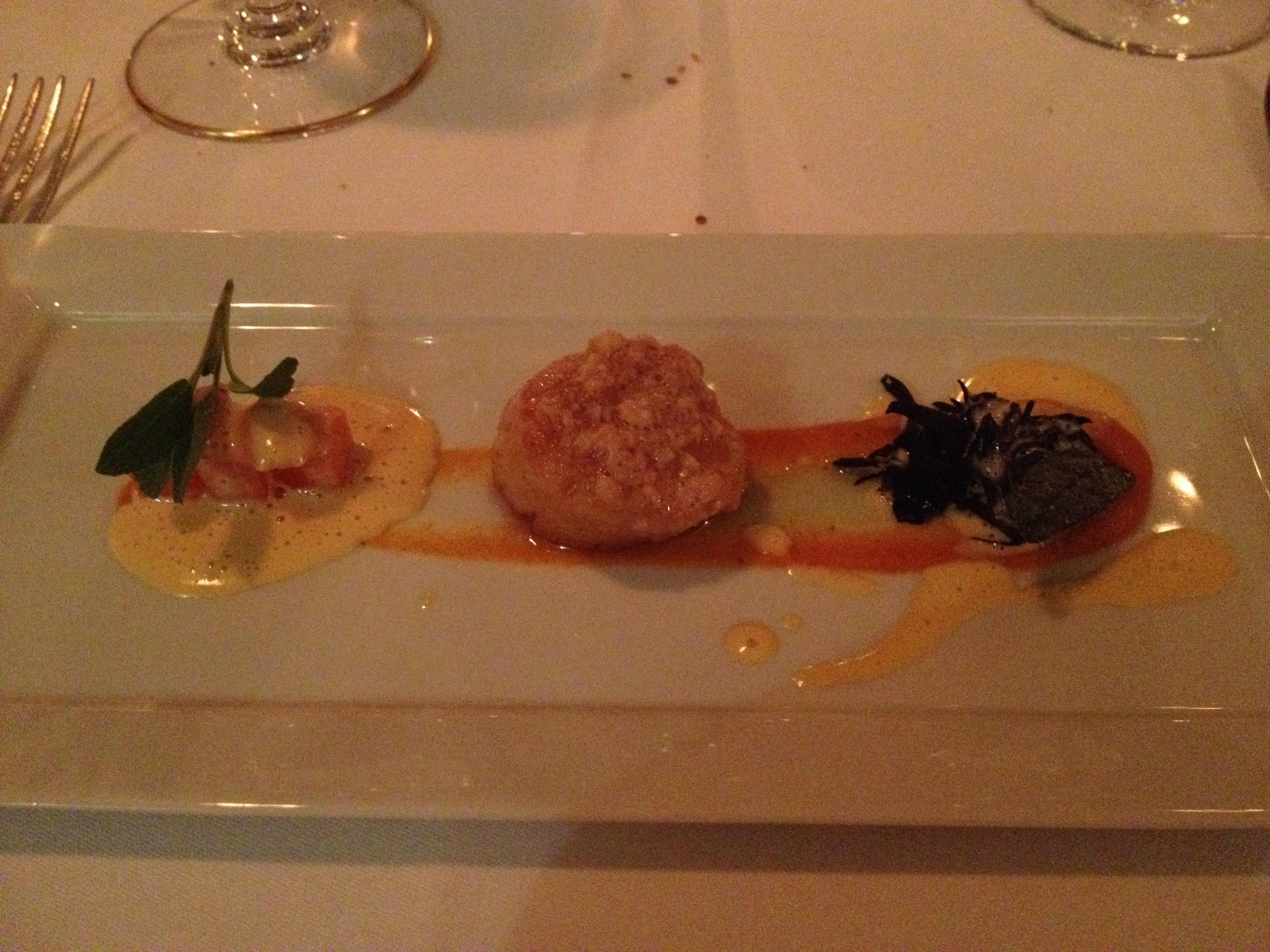 Le Gavroche was first opened in 1967 by Michel Roux Snr and Albert Roux.  Originally it was based at 61 Lower Sloane Street until 1981 when they moved to 43 Upper Brook Street of Mayfair. They aim to deliver classical French fare with modern influences. The restaurant was awarded their first Michelin Star in 1974, the second in 1977 and then the third in 1982 – an amazing achievement, and they were the first British restaurant to do so. In 1993 Albert Roux retired as executive chef and Michel Roux Jnr took over the reigns and has held 2 Michelin Stars since. The current Head Chef is now Rachel Humphrey who started as a mere apprentice in 1996, left in 2000-2003 to be a cook in the RAF, rejoined as chef de par tie, working her way up to sous chef, then to head chef in 2008. The kitchen of Le Gavroche hasn’t been shy of big name chefs such Marco Pierre White, Gordon Ramsay, Marcus Wareing, Bryn Williams, and Michael Smith who have all cooked there. Their 1984 launch of ‘The Roux Scholarship’ spawned winners Andrew Fairlie of two-star Restaurant Andrew Fairlie at Gleneagles, Sat Bains of the eponymous two-star restaurant in Nottingham, André Garrett of one-star Galvin at Windows in London and Simon Hulstone of one-star The Elephant in Torquay. Michel Roux Jnr doesn’t need any introduction of course having appeared in many programmes such as Masterchef, not to mention numerous publications.

As you enter the premises you see a beacon of a bar shining bright with some rare spirits. The design cues are classic, old school and formal with a smattering of tartan. Perhaps not one for the hipsters. We go for the ‘Menu Exceptionnel’ paired with ‘Les Vins’. That would be the tasting menu with wine pairing please. Cheese Soufflé cooked on double cream. This the cheese lovers soufflé dream, it’s rich yet light and my fellow diners kept licking their spoons. Although I am a huge soufflé fan, the cheese and cream duo was not for me. Coquille St. Jacques Rôtie aux Amandes, Potiron et Trompettes. Roast Scallop with Pumpkin, Almonds and Wild Mushrooms. As soon as I put a piece of that scallop in my mouth, I knew it was the sweetest I’d ever tasted. It was one of my favourite dishes. Moelle Rôtie, Persillade de Cèpes Salade de Jambon Maison: Roast Bone Marrow with Ceps, Air Dried Ham, Salad Leaves Piccadilli Dressing. This was my first time trying bone marrow and I don’t think it was an instant attraction with it’s fatty, jiggly soft butter like texture. The ceps were wonderful though, however the air dried ham was a little confusing with its super dry texture. Perhaps I’m comparing it too much to Jamon Iberico which I’m smitten with. Agneau de Lait des Pyrenées, Jus aux Olives Ecrasées: Roasted Pyrenean Lamb with Provencal Olive Jus. I particularly endorse this plate of food – everything was stage perfect from the sweet (no gamey flavour) lamb to the perfectly cooked vegetables (cooked just enough to retain all the flavour with a crunch) and that jus was so intense in umami flavour. Olives and lamb are just a perfect marriage in my book. Le Plateau de Fromages Affinés: Selection of French and British Farmhouse Cheese. I had two moments of realisation from what you see in these pictures below; 1) I have never seen a cheese trolley as impressive as this: 2) I established that farmhouse cheeses are not for me sadly. These cheeses are best eaten at room temperature and it’s a cheese lovers oasis, I get that and would whole heartedly recommend them to you if thats your thing. But to me they were merely by products of a smelly barnyard. Petis Fours of almond nougat, bitter chocolate, macaroons, sesame tuiles and more. Elemental but decadent nonetheless in a place like this. The good: Fabulous fine-dining French fare with stand-out service, it’s an institution worth visiting. The scallop was one of the sweetest I’ve tasted and the roasted lamb the most succulent.

The bad: It’s very formal here – when I took my jacket off, one of the waiters immediately put it back on me. So come dressed to impress.
Rating: 4/5
http://www.le-gavroche.co.uk/