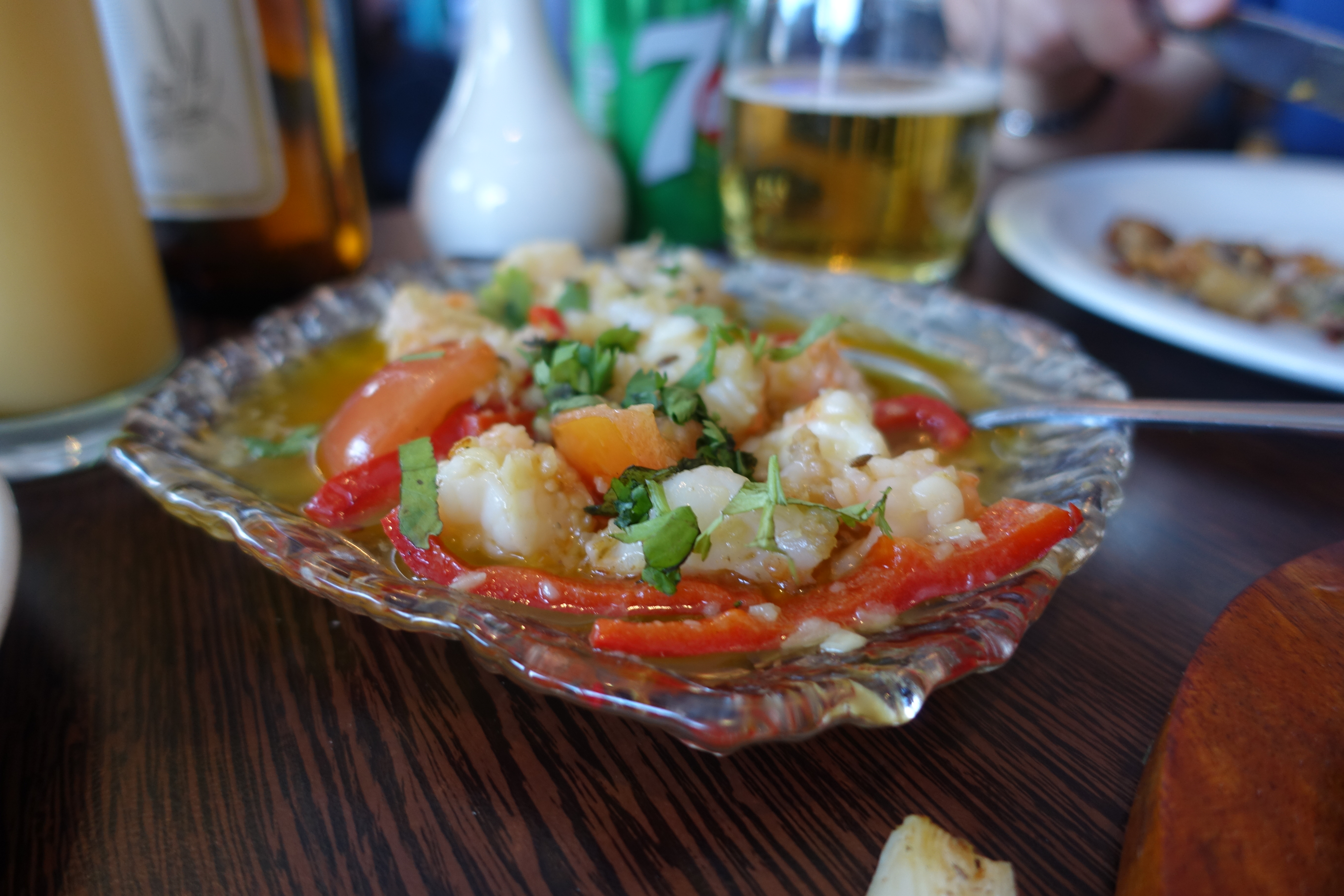 The mandate for Mirch Masala Coulsden is simple, good value tandoor fired spicy meat products. I’ve been a fan of canteen style cheap Pakistani cuisine for a while now, I love the no nonsense bring your own booze approach with the hiss & sizzle of mix grills and spiced lamb chops with a plethora of bubbling hot karahi dishes whether it be chicken, lamb or beef in the case Mirch Masala Coulsden. The aforementioned ‘canteen’ style wouldn’t necessarily apply here though as this place seems more polished in comparison with more of a restaurant feel (See pic below). Coulsden isn’t known as a dining hotspot of suburbia but I was in the neighbourhood and the word on the street is that it’s the best option to visit with my hungry siblings; with previous experience of their Tooting, Southall and Croyden branches (the latter I never went back to as it wasn’t that impressive) I couldn’t wait to give it a try. The staff were attentive most of the time providing brisk service for the the families, couples and friends dining around us. As we sat the staff must have been in auto-pilot as we were give some lovely popadoms with yogurt and chilli sauce. Slightly different to the variety in the other Mirch Masala’s without the cumin seeds but resembling those in your ubiquitous curry houses. The Greek salad on the side with olives was confusing though! The menu is straight forward, springing up your classics as well regional dishes, as you can see all at a cheap to medium price point. And in case you would like to check out a Mirch Masala in your hood. Things were kicked off with Vegetable Samosa’s. These were delicious at first, the pastry crisp, crumbly, peppered with cumin seeds and the filling nicely spiced – it was a real shame though that it wasn’t heated through as the centre was cold. My sister couldn’t stomach the remainder after the first bite, I didn’t want to believe it until I had the same experience 2 mouthfuls in. Bad times. We were feeling more hopeful with the ‘Mixed Grill 2’ comprising of 4 lamb chops, and the same amount of seekh kebabs, chicken tikka, lamb tikka, tandoori wings and fish tikka that decided to play hide and seek, although more hide and not be there at all as it we couldn’t seek it! Everything was nicely presented on a iron plate (that could have been hotter, missing the sizzle), married with a bed of sweet onions. The kebabs were the saviour, seasoned well, smoky and fragrant from the chillis and coriander. The rest seemed dry, uninspiring and missing that tenderness. The Mirch Masala fish looked and smelt great – the taste less so convincing, it was quite chewy and wasn’t that pleasant. The game was stepped up the onion bhaji’s that were really crispy, moorish, onions sweet and seasoned really well. Garlic Prawns – sweet little prawn morsels enriched in a sea of butter and crushed garlic. You won’t be getting any kisses after consuming this one, but it wasn’t too shabby. So rich you could mop it all up with french bread, off piste but so was the greek salad. Chicken Tikka Masala – yeah I know, anglicised but at least it came out piping hot and not bright red! And finally some tender chicken. Karahi Corn Mutter Chana Methi. You got it, sweetcorn with chickpeas – not the most exciting ingredients, I’m not an expert curry connoisseur either but was hoping the chef would work some magic and create something a bit more flavourful. Karahi Mutter Paneer – this dish was making some good noises to us, the cheese firm yet gooey when eaten, the sauce was spiced well and carried a little kick. Very flavourful indeed. Karahi Bhindi Gosht – my go to dish where and when possible when having Pakistani food. I’m so glad they got it right, the lamb was slow cooked to perfection, okra tender and came with what seemed like onions with a slight pickled flavour. Overall it was balanced and spiced well. The Roti’s were great to mop up the good stuff. It would be impossible to get these wrong! Everything was washed down with fresh mango lassi and to their credit it was a mighty fine one. A perfect accompaniment to counter the hot food. The damage: Expect to pay £15-£20 per head BYO
The good: There were some dishes good enough to pull us back when in the area such as the onion bhaji’s, karahi bhindi gosht, karahi mutter paneer and perhaps a side dish of seekh kebab. Let’s not beat around the bush either in that it’s a neighbourhood find and probably better than your average in the Coulsden hood, especially at £15-£20.
The bad: Some creases require ironing out, for example the mix grill was a challenge to eat, with or without fish tikka; samosa’s shouldn’t be cold; mirch masala fish shouldn’t rubbery; the karahi corn mutter chana methi requires some more flavour to excite. Oh and we requested water 3 times before we could get a sip!
Rating: 2/5
www.mirchcoulsden.com
204 Brighton Road, Coulsden, CR5 2NF