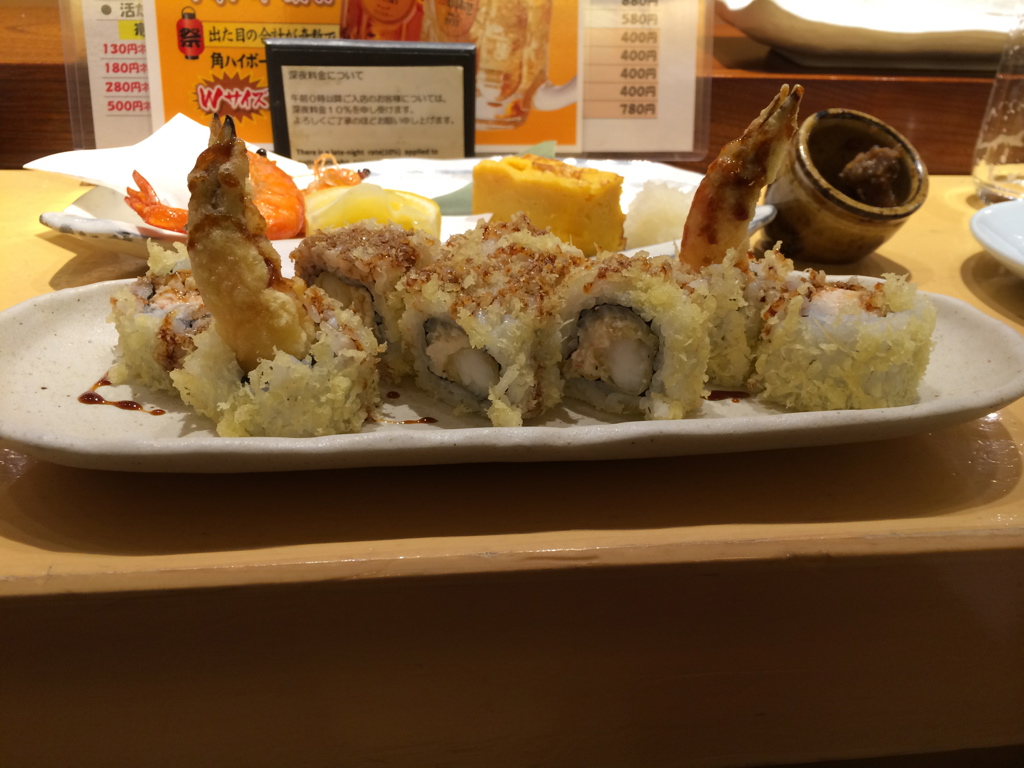 Gatten Zushi was a random stop by at Tokyo’s Roppongi’s district which is kinda like how Leicester Square is to London. Think tacky neon lights, dodgy kebab shops, club touters, ladies of the night, bustling streets and unlicensed cab drivers from overseas. As Japanese as you can get. Myself and a drinking compadre are of the alcoholically impaired sort that evening and we needed something to soak up the excess. It’s not deluxe but something in between a canteen and a mid range restaurant here, full of pine coloured wood paneling and a staggered wooden bar surrounding the head-banded chef. Theatrics of hand crafting sushi in an empty restaurant at 12am kept us entertained too. Alas Gatten is no more and writing this post is purely for a memory that I’d like to share with you. Seared toro and salmon – surely it beats mystery doner meat that Roppongi had in abundance? I’ve seen seen tuna as pink as this – and no I didn’t eat it. It seemed to gone down ok though according to the drunken compadre. Tamago, fluffy and cake-like in texture like, not quite Victoria sponge but a bit more rubbery and a little sweet. I liked it though but then again I’d never met a tamago I didn’t like. Deep fried soft shell shrimp at ¥650 in 2014 (probably £3.50 in today’s money) was bought for a song. At this price they were bloddy rewarding to eat, even with the jackets on. When did I go? April 2014
The damage: Expect to pay ¥3000-¥4500 (£20-£30) per head
The good: Coming here was pure entertainment as our bandana wearing chef found it hilarious when he threw fresh clams onto his wooden work surface which caused them to flip like rubber poppers. Do you remember those toys that you turn inside out and they spring into the air? It was also as cheap as chips.
The bad: The food was average, perhaps we got all the unloved ingredients during the graveyard shift.
Rating: 2.5/5
Would I go again? It’s impossible
Address: The restaurant graveyard