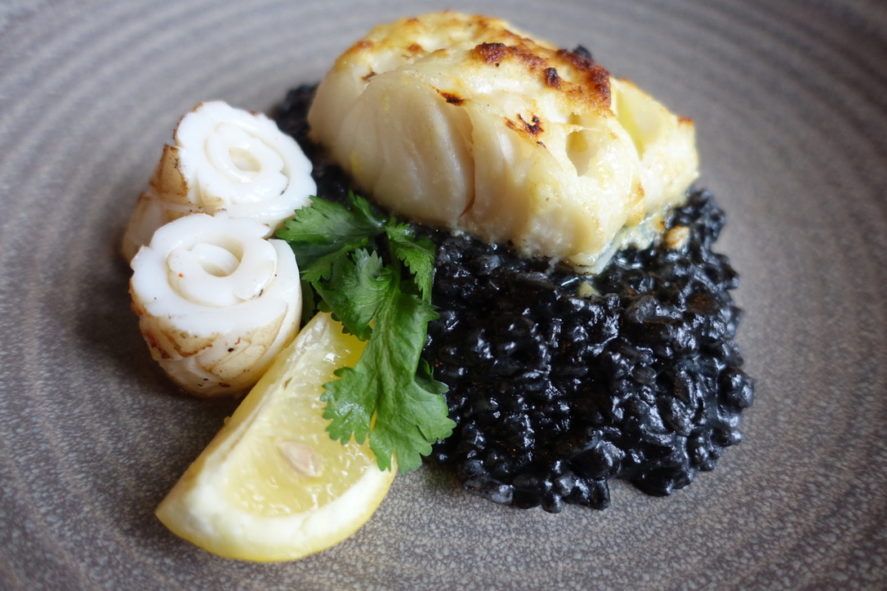 The Kings Head in Teddington is part of the White Brasserie pub group, where the legend Mr Raymond Blanc (Le Manoir aux Quat’ Saisons in Great Milton Chef/Owner) sits as part of the board with the mission to rescue tired old boozers up and down the country. This is underpinned by the philosophy of bringing fresh, good, cooked food to the table. Sounds obvious right? “Pubs are a great British institution,” he said. “Like opera for the few and rock’n’roll for the many”. We can all get behind that. The original Kings Head history goes back to 1689 and it went through a big overhaul in June 2011 and in 2018 before it became part of the Raymond Blanc portfolio. Inside, it’s all about the warmth from the burn terracotta colour palate, a log burning stove invariably adds to the snugness. The walls are peppered with framed art to do with booze paraphernalia. Alfresco action can be had with a front to back patio, meaning you can kick back in the summer here too. “I want to see a revolution in British pubs,” Blanc explains. “Little pubs will be taken by young chefs and the heart of British gastronomy will be beating once more.” Amen to that.

Behind the bar, there is a good selection of IPA, local brews, the hard stuff and wine from a enviable cellar, so at least we’re told.

Private dining is available too..

The menu is a mish-mash of things, from traditional pub staples and tagines, but the French influence is there from bourguignon to duck confit.

We go for the Lolo Albarino £29.95, a juice with apple, citrus and drying notes. Just the way we like it.

You know I say that first impressions count, well this one with their sour dough loaf £4 was a bit of a duff note. There was nothing sour or doughy about it that you associate with good sour dough – the sort with stretchy, lacy folds that I can’t get of. This one had no chew in the texture and was stone cold. Bad bread makes my upper lip curl up with disdain and turns me into a fractious child.

For the main, I tried the cod with preserved lemon, squid ink risotto and chilli squid £17.50. I get a chunk of pearly hake, each flake sliding away from each other and sits on top of some black as the night risotto that chef decided not to season. The fish is described as coming with preserved lemon, which in this case means a wedge of fresh lemon on the side only. The chilli squid just needed a minute less cooking was crying out for the abandoned chilli to edge things along.

The boss goes for free range chicken with Peruvian glaze and a bundle of sweet potato wedges. The glaze is lime, soy, and paprika. The latter features in the mayo too. For me the chicken was overdone, to the point that the flesh becomes chalky, my upper lip curls up in disdain again.

Roasted mixed heritage carrots £3.90 are both purple and orange, all perfectly edible here.

When did I go? May 2018
The damage: Expect to pay £25/40 per head with drinks
The good: The characterful venue and cheery staff makes the Kings Head a place worth coming back for. The locals have themselves a gem. It’s a place where you can definitely be watered well and get some hole filling pub food with lovely surroundings from what I saw.
The bad: Aside from the bread being off the mark, the cod dish I ate had too many errors; less cooking was needed, more seasoning all round was needed and give the squid the chilli it deserves. The same goes for the chicken so it doesn’t become an a writing instrument for the blackboard. It’s eye-level stuff that can’t be ignored.
Rating: 2.5/5
Would I go again? Everything deserves a second chance.
Address: 123 High St, Teddington TW11 8HG
Web: https://kingsheadteddington.com