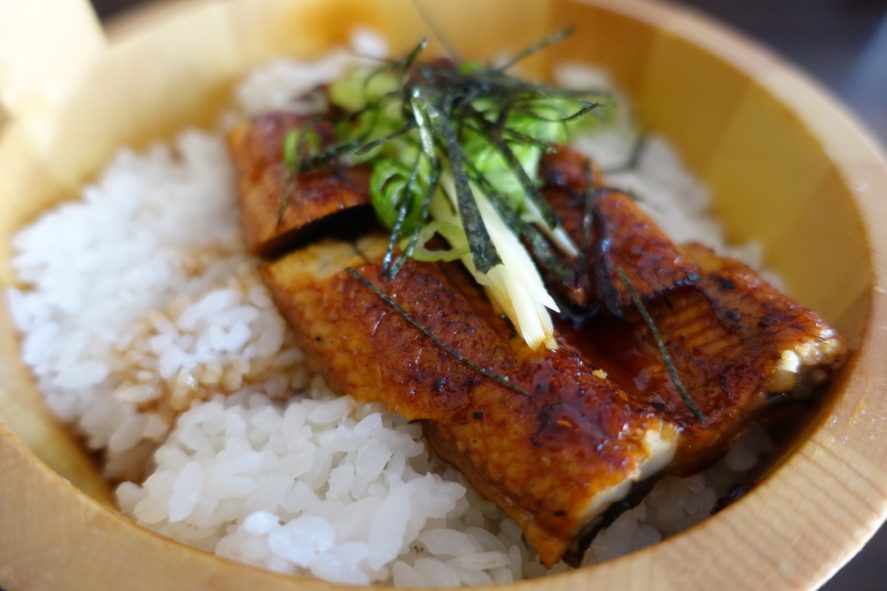 Raynes Park for many years was like the shell suited lout of a younger brother to its famous older sibling “Wimbledon”. The only thing they had in commons was their proximity. But now it’s affluent, which means big refurbished houses to lure families and the professionals in who want just a 20 minute commute in town. That’s all I’m saying before I sound like an estate agent. There is a big South African community here as well as South Korean being a neighbouring town to New Malden – aka little Korea where good things happen with Korean food. This leads me to say that Hashi, a Korean owned Japanese restaurant is a much needed neighbourhood gem that needs to be lauded as there’s some decent sushi to be had in an otherwise baron place for good choices.

We start with Kaiso salad £6.30, a foliage of lip puckering pickled seaweed that’s full of crunch.

Ohitashi £4.50 were more green things, this time wilted spinach marinated in sesame oil. Both were served cold and enjoyable during a warm August evening.

Crunch roll £14 featured a double crunch of panko, first encrusted on the prawns then the external sticky rice was rolled in more of the same. They pile on the flying fish roe and drizzle the whole lot in teriyaki sauce. What’s there not to like?

The hashi roll £14.50 was another reverse maki, this time with soft-shell crab, avocado and more flying fish roe coloured green from wasabi that give a pleasing pop against the teeth.

The eel roll £6.50 wasn’t unpleasant but it just ended up being nothing more than a hole filler compared with the rest. The eel was lacking, especially with buttery flesh that I’ve had elsewhere – we got mostly skin here. Tamago is a rolled egg cooked in a square pan with a pinch of sugar, soy and mirin. I adore it especially in nigiri form. This model didn’t charm me though – it was hard to appreciate the paper thinness of it.

Unagi don £14 is one of my favourite things to eat ever. A good one has unctuous melting eel with an intense sticky soy based sauce drizzled over rice – a dish I perv over. This version is worth perving over and it tasted vastly superior to the eel roll we had earlier, I say this as it’s technically the same stuff and should be used throughout their rolls too right? The meal ends in solid fashion.

When did I go? Aug 2018
The damage: Expect to pay £30/35 per head sans drinks
The good: Sure there are some really endearing things to eat here, they take their sushi seriously and it’s good seeing neighbourhood gems like this about. Look out for the crunch roll, hashi roll and unagi don.
The bad: There is some duff notes here like the eel roll and tamogo, their not worth your calories.
Rating: 3.5/5
Would I go again? Yeah why not
Address: 54 Durham Rd, Raynes Park SW20 0TW
Web: N/A