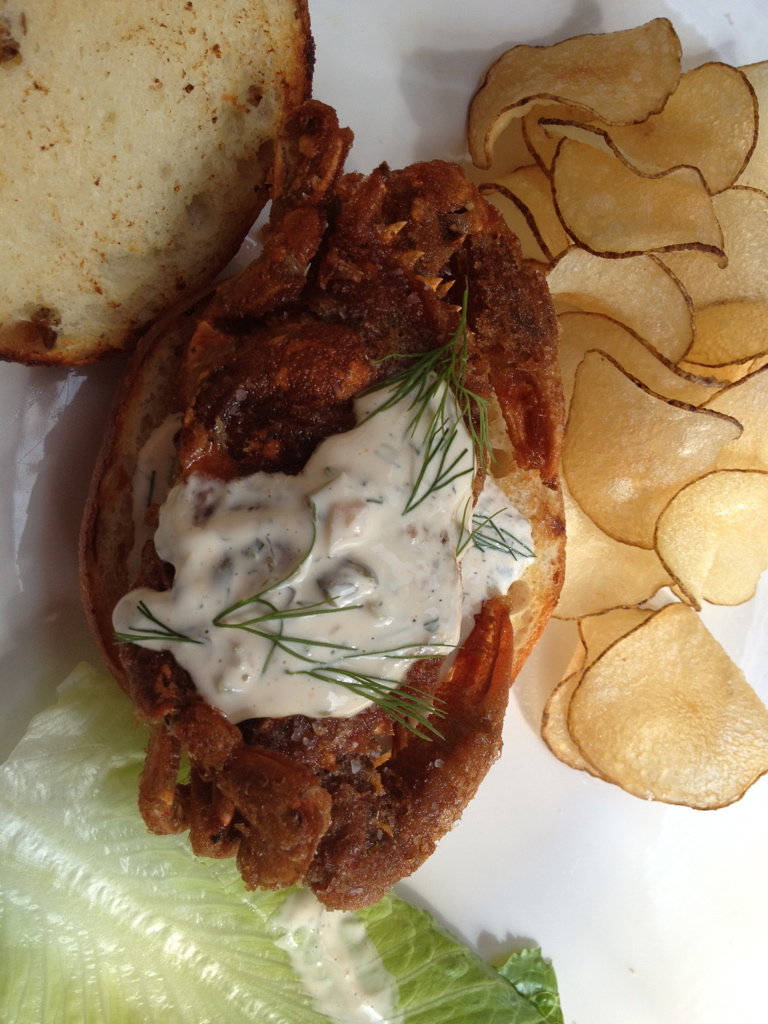 Roberta’s has been around since 2008 is located in the neighborhood of East Williamsburg – it’s lauded as one of New York’s highly rated pizza joints. They are known for their wood oven fired pizza and hipster credentials, they even grow some the restaurant ingredients from their rooftop garden and their building houses a radio station too. You cannot get more hipster than that.

It was a beautiful May afternoon during 2013 when we went, and in true carefree style we walked from Manhattan’s upper East Side all the way to the restaurant, along the way it felt like we traipsed for miles, even down the wrong way of a cycle lane in the blistering heat for what felt like an eternity – making it here became a feat in itself! After 5 hours on foot we finally made it! Schneider’s Edel-Weisse – 6.2% from Bavaria. It was a malty little number which packed good flavour. The classic pepperoni – nothing can wrong with that. Ironically, and for the want of being different to my compadres I went for the softshell crab with tartare and chips $18. Chips means crisps in the States and they tasted home made, as did that tartare sauce, bringing good acidity to the fried crab. The sizeable crustacean stood no chance against me and was devoured in no time, not only because I was starving but the thing was delicious. The delectable brown crab juices oozed out as soon as I bit into the crispy seasoned exterior. The crab was followed by tagliatelle with beef shin and celery $15. The beef was cooked to a velvety richness and spoon tender too, the soft texture matched well against the fresh pasta. The deep flavours really stood out and wrapped around my tongue, coating every taste bud. It really was glorious eating. After the meal we went outside to drink with the hipsters who were off-shift employees – they were a really friendly inked bunch, drinking from a funnel at will, unashamedly! The barman’s choice was a concoction that they recently invented with more than 6 different spirits. It was a seriously peppy drink, even with all the slush. I have no idea why they called it ‘A Weekend at Bernie’s’ but it sent us flying after a couple which was the maximum limit you could order! When did I go? May 2013
The damage: Expect to pay $20-30 per head with drinks
The good: Roberta’s epitomises fun in every sense of the word, the food had me grinning from ear to ear as did the drinks, the friendly & fast service along with the people within. The absurd thing is that I didn’t get to try the pizza which they are renowned for but the soft shell crab and tagliatelle were without doubt some of the best I’d tasted. There’s always a next time as they say and I’ve no issue in endorsing this place.
The bad: It really is in the arse end of no-where!
Rating: 4/5
Would I go again? Yes
Address: 261 Moore Street, Brooklyn, NY 11206, USA
+1 718 417 1118
http://www.robertaspizza.com/