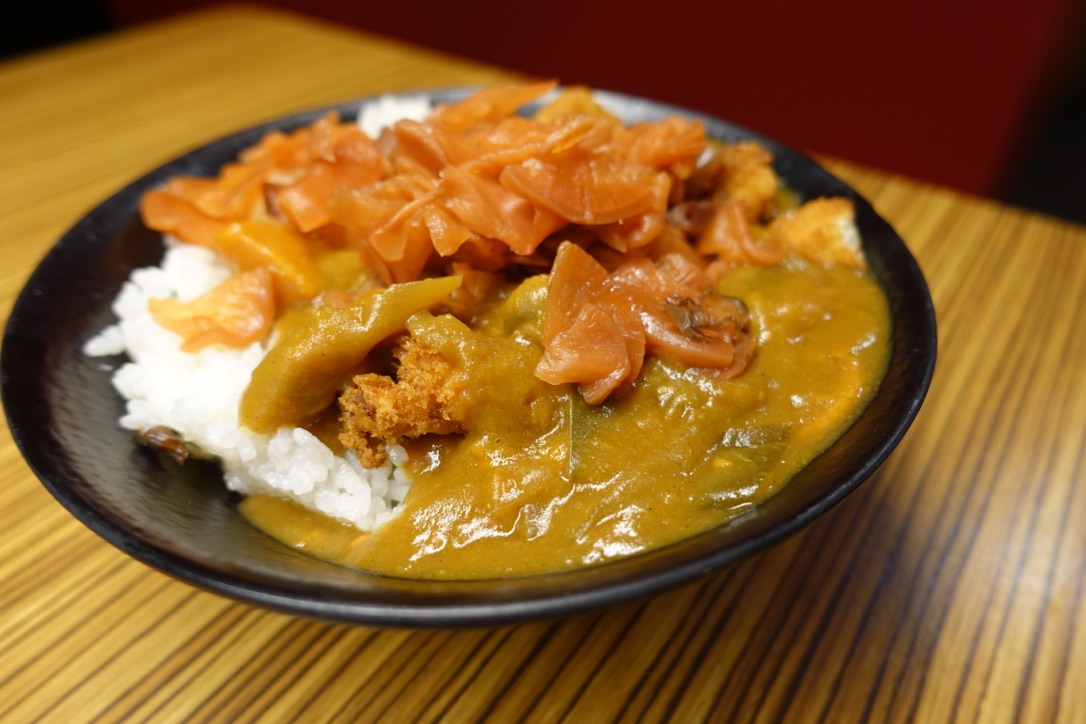 We all work, train, diet and party hard during the week so why not bring in the weekend with some filthy treats? The brief is simple, find the filthiest, low-brow yet delicious food for your Fat Friday. I’ll kick off here with some ideas and what would typify my Fat Friday.

Since the City is the playground to my office it makes sense to explore the gems on my doorstep further. First up is Japanese Canteen of Middlesex St. First launched in Islington in 1995, the Japanese Canteen is izakaya-style canteen, yes it is a chain but who cares. It’s Japan’s answer to a greasy spoon with booze available too. Lunch time rush means long queues out of the door, packed tables and front of house buzzing around like wasps to satisfy the punters and a kitchen in full swing. There is a good choice of Bento boxes, donburi rice bowls, katsu curries, ramen, a variety of sushi, maki rolls, sashimi and bibimbap which the sizzling stone bowl Korean rice.

I go for a large Chicken Katsu curry with extra pickles – this comes in a £10.45. A normal portion costs £6.45 and the pickles are an additional £1. Succulent nuggets chicken, panko breadcrumbed and fried to a crisp, all coated in that sweet cats curry sauce. Combined with those sweet-crunchy pickles and short-grain sticky rice it’s the perfect Fat Friday treat with enough filth factor to keep you going until the evening. Next up we have Fundi Pizza of Dinerama in neighbouring Shoreditch who is run by brothers Charlie and Rory Nelson who built their own wood-fired pizza ovens from the ground up and started gracing the streets with their Neapolitan style pizzas in 2012. I go for the Nduja Fundi Marinara, fiore di latte – ‘Nduja + honey £9. I love nduja (that’s spicy Italian sausage) but to be brutally candid this one was a let down. I have pizza’s from Fundi before which were top draw but this one albeit fresh from the funky oven was insipid from the lack of nduja and toppings in general – it was probably my least favourite thing to eat of the night. (It was a far-cry from their Affumicata too). It’s the first time I’ve seen Seb Holmes’s Thai street food pop up ‘Farang‘ at Dinerama and I couldn’t resist having a nose around. Stylistically, I found the dishes to be spicy, fragrant and generally Fat Friday worthy. This smoked salmon ‘mi grop’ was on the healthier side though in comparison but was I didn’t regret ordering it though as that crispy vermicelli noodle salad with Chinese chives, pickled garlic, brown crab meat, with fresh lime and mandarin dressing was addictive! We round off the night with several cocktails upstairs starting with these Stiggins’ Fancy Plantation Pineapple Rum – they’re £10 a hit though! So there you have it – if you’re on a loose end and really need some Fat Friday Filth inspiration and some pre-weekend fun check out some of the spots above. Hopefully it will help you survive another 7 days on the planet before the next weekend! Since there is a Friday in every week you’ll be seeing some more of these posts for tips on Fat Friday recreational eating.